It's all about the details

A quick update on the model railway.

I need to take a long hard look at the track and decide what to change in order to make it easy to separate the layout into three sections for storage. Eventually We are going to want the dining table back, so I can't put ogg cutting the track at the joins too much longer. 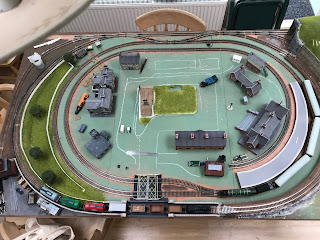 The biggest challenge is around the back-to-back points that allow a train to move from one loop the other other. As you can see form this early photo of the layout there are a lot of points in a small area and they are very close to the joins.

I think I will have to take out one pair of points and put the crossover more central to the centre panel.

Taking up the track isn't a problem, it's just annoying, but it needs to happen. There's also the issue of how to make the electrical connections once the track has been cut. I have a plan but getting around to adding panel mount connector and soldering up plugs hasn't inspired me just yet. Maybe I'll make uo some connectors and that will get me going.

A lot has changed since this photo was taken. Here are some pictures of the layout as it is now. 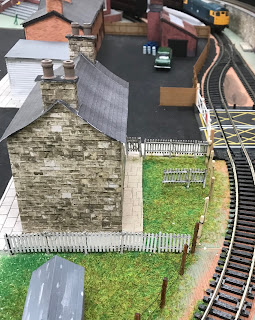 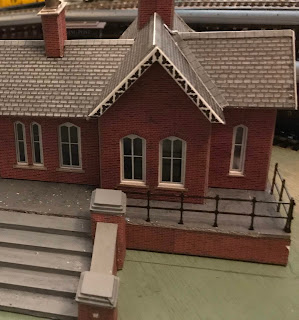 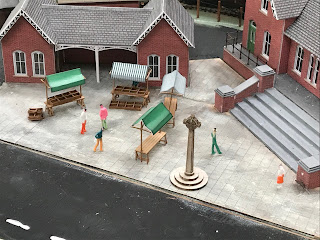 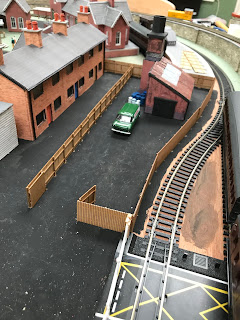 We have some working street lights and more to add around the market square and in front of the station. Picnic tables and flower borders are also going in.
Posted by Richard at 11:59 am