Having completed my 100 day challenge I thought I'd reflect on it a little. I could count up how many times I've done this challenge but at a guess it's maybe three or four times. I remember trudging through snow to get the steps done, slipping on ice and dragging myself out in the rain in order to complete previous challenges. This time the weather was kind, no snow, no ice and not a lot of rain. It helps when you start in August! It was also the first time I've done the challenge since I started coaching tennis more regularly, and that changed things. Add to that the tendonitis and there were times when I wondered if it was a wise decision to do it again.

Each time has been different. The first time was a stuttering start and it was the only exercise I did most days. Where we lived made it fairly easy to meet the target simply by walking to the station and back twice a day. There also several circular routes I could take. I found it fairly easy to motivate myself to get out in the morning and break the back of the 10k target. The impact was obvious as my fitness improved and the walking got faster.

This time was quite different. To be honest there was much less of a sense of achievement when I finished. I think I realised early on this time around that given how much I do when I'm coaching, those days when I'm not on court are opportunities to rest rather than smash another target. This is where the activity monitor is helpful because it converts all activity into equivalent steps. On busy days this meant I'd done the equivalent of 3, occasionally 4 times the target. A day off would have been a nice break from some of the more intense days. But, I'd committed myself, so I got out and did the miles. That in itself was a challenge and I'm rather glad I stuck at it.

Going out each day and committing to reaching my goal has benefits when it comes to forming habits. There's really no easy way to build good habits, you simply have to make a choice every day. Train or not train, walk or not walk, practice or not practice, rest or don't rest. That last phrase is really important. Resting should not be seen as a negative. The negative is when you you don't make a decision but simply let time or some other event make the decision for you. When you do that, you're abdicating responsibility and allowing yourself to offer excuses about lacking time or motivation that keep you from achieving your goal for that day. You don't have to smash your target every day, but you have to make a choice.

So this time, now that the 100 days are up, I need to make a decision about how I continue or change the plan. 20+ hours a week on a tennis court ought to be keeping me fit, but I know my fitness is ebbing away faster than I seem to be able to retain it, so something different needs to be done. 10k steps a day might keep my heart healthy but it isn't doing much for my tennis!

Quite what I'm going to do I haven't decided, but I need a plan that takes my knees into consideration and that makes sure I don't hibernate too much over the winter months. Last time I did the 10k I kept going and only stopped because of an injury. I mentioned previously about seeing how quickly I can hit 2M steps. I could do that while incorporating a rest day in my schedule. Perhaps I should aim at 70k steps a week over 6 days. That's only 12k a day, not too much given I've averaged over 13k.

We've not quite plunged headlong into the world of the smart home, but we're experimenting. A need arose that we thought some smart lighting might be able to meet, so in order to test this out I bought some smart lights for home. We went with Philips Hue and invested in the starter pack and a couple of extra bulbs.

The starter kit comes with two E27 white bulbs and the bridge unit that connects your lights to your network. I've since added a remote switch in the lounge and an "ambience bulb" in the bedroom. I also got a couple of E27 to bayonet adaptors. If you look at the price of these things that comes to around £125, a not insignificant amount for 5 light bulbs!

I chose Hue because it's well known, and it's HomeKit compatible (Apple's Smart Home App). You don't need the Home App to use the lights, Hue has it's own App, so if you're not an Apple fan then there's no issue. 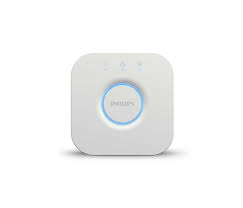 Knowing which light was in which room was little more tricky. I could have made a note of serial numbers I guess, but a bit of trial and error sorted it out.

Setting up the remote switch was easy too. So far so good. Then I got to play with the apps.

The problem here is that the Philips app and Apple's Home work quite differently and can do different things. Hue, for example, seems to be able to set randomised patterns with start and end times. Home does not appear to be able to do that. Home can create scenes, i.e. lighting patterns, Hue doesn't. So which app do you use? At the moment the answer seems to be both.

There's another issue I've been having. For Home to work best you need a home hub. I could use my iPad, but it would need to be plugged in permanently and at home to do that job, which rather defeats it's functionality as a portable tablet computer that I can take anywhere! The only current alternative is to buy an Apple TV (more money). There are other home hubs available, but so far I haven't found one that says it will work with Homekit. Hopefully Apple's new Homepod will act as a hub, but that means waiting and it will probably be more expensive than buying an Apple TV box. Home should work without the need for a hub, but so far it's been less than reliable for things like turning the lights on when I come home. This seems to work better with Hue.

So my current experience is that Hue does some nice things, but Home offers more flexible automation, albeit limited in some ways that Hue is not. Hue, for example, allows you to set a routine with a start and end time. I haven't found that anywhere in Home. I do like being able to use voice control via Siri, but that's more a novelty than a necessity. Setting scenes is potentially quite useful. For example, I've set a scene called "Movie Night" that dims the lounge lights to 15%. I've also got one called "Bright" that brings those same lights on at full brightness. "Good morning" is another nice scene that brings the main bedroom light on using the light colour feature of the white ambience bulb, and I could have another scene that set a more subdued lighting pattern for the evening. 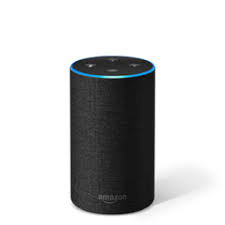 At some point I'm going to explore other sensors and options. There are plenty of them about, but integration is key. For example, it would be nice to have something that turns the heating on in my treatment room that is integrated with my diary so that the room is warm ready for a client arriving.

The other Smart arrival is an Amazon Echo. I got this to try it out as a possible gift for someone for whom I thought voice activation might be useful. It only arrive yesterday, so I haven't really explored all the possibilities. It looks very neat and when I eventually got it up and running it responded well to my voice commands.

But here's the gripe. Integration and compatibility. All these so-called smart gadgets do not play nicely or easily with each other. I'd like to be able to listen to my iTunes library though my Echo, but it's a painfully tortuous process involving uploading hours of music to another cloud based server and paying for the privilege when I can use my computer at home to distribute the music easily throughout the house. Either that or setting it up as a Bluetooth speaker for an iPod. It would be nice to be able to ask Alexa to put something in my diary, and I should be able to do that, but again there looks to be quite a process to go through to make that work and I don't as yet know whether it will work with only one diary or all my iCal diaries (home, work, personal). We shall see. It would also be nice if it acted as a home hub!

So that's why I'd give my Smart Home a C- at the moment. I have high hopes that in the future things will be better integrated, cheaper and reliable, but that looks some way off.

Years ago, before the advent of the "Smartphone" people would often remark that paper diaries were better than electronic ones because the batteries never ran out! Then along came the iPhone and seamless integration of diaries and reminders between 'phone and laptop and desktop. My cherished Filofax was consigned to the bookshelf and although it still sits in the corner of the study, it hasn't seen a day's use for more than 5 years. Perhaps eventually integration will mean that smart devices will simply work and trying to figure out how to get them to do what you want them to do will be a simple as asking them.
Posted by Richard at 8:40 am No comments:

Email ThisBlogThis!Share to TwitterShare to FacebookShare to Pinterest
Labels: technology

For your delight, here are my October stats! It's not very exciting, but it is always interesting to see the trends and variations that occur throughout a month. What I'm seeing this time around is the way coaching affects my step count. You'd think that spending several hours on court on a given day would mean a fairly high count, but that doesn't always follow. If I'm not hitting with a client, I don't actually move around a lot. So it turns out that my lowest day this month was actually a busy coaching day, but I was working mainly with my beginner kids with whom I do a lot of hand-fed drills.

Here are the numbers.

So my average was up but my maximum was down! I had 8 days when I did fewer that 11k steps compared to 9 in September, and 3 days over 20k compared to 2. Not a lot of difference there. The shift was clearly in the mid-range days where I had more days between 15k-20k (7 compared to 3).

The point here is that a few big days are great, but you want the consistency of regularly getting to and doing the stuff that will keep you healthy. Trends are more important than peaks and troughs in many ways because they tell you that you are building habits.
Posted by Richard at 7:28 am No comments: