After Vegas: After Parkland: After the next time?

I wrote the following after the Las Vegas shootings but in the end decided not to publish it. No particular reason, it just didn't seem appropriate at the time. I don't know why. But history has repeated itself and once again I fid myself looking in form the outside and asking the same questions. Something in me wants to let those within the USA who want to see change that they are not alone in the world.

It's been a few days since the awful tragedy in Las Vegas unfolded. Along with many of my fellow UK citizens, I remain somewhat dumbfounded by the continuing reluctance of a civilised society to change its attitude and its legal system with regard to the ownership of guns.

We don't challenge the US from the outside with some sense of superiority. We challenge because we don't understand how a nation can continue to be wedded to the idea that guns, and the apparent ease with which they can be acquired, are not a factor in these events. We listen to the arguments that guns don't kill people, people kill people and shake our heads. Why? Because we can't understand how other cannot see the simple logic that if you put a gun in someone's hand you increase the possibility of it being used.

The sad truth of it is that it appears to those of us on the outside that the nation is so entrenched in its defence of an amendment to its constitution that it's forgotten that it is an amendment and could be changed if there was the political will to do so. That's what amendments are. Changes. Alterations to improve or clarify. And surely by now everyone can see the need for clarification and change.

In 1996 Thomas Hamilton walked into a Primary school in Dunblane and killed 16 children and a teacher. As a nation we said, "No more, this has to change." We changed our law. There were some who raised objections, who questioned the knee-jerk response, but we made the change. We understood that he was unstable. We could have described him as 'sick and demented'. We could have called his actions 'pure evil'. We probably did. But then we acted.

From the outside it appears that the US has decided that the death of children is bearable (Sandy Hook) for the sake of retaining a freedom that looks more like an irresponsibility that it does a right. In the aftermath of what has been reported as the worst mass-killing in recent history, will the same attitude prevail?

History repeats itself.
Has to.
No one ever listens.

Is anyone listening now?
Posted by Richard at 9:11 am No comments: 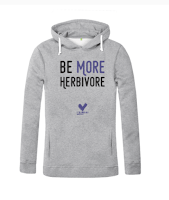 I know it wouldn't be first on most people's list of things to try but I explored being vegan in January as part of Veganuary and at the prompting of my daughter Ally. Being principally vegetarian, it wasn't a huge leap to trying vegan, although the thought of giving up a really nice mature cheddar cheese was a bit of a trial!

It would be really easy to approach "going vegan" as being all about what you are giving up rather than what you might be gaining. I know a lot of people for whom moving vegetables from a side dish to a main course is cause for heart palpitations and cries of impending doom as starvation looms. So you need to look at the positives, the things you can explore, remembering of course that it's always a choice. Trying a plant based diet is not a lifetime commitment unless you choose to make it so.

Perhaps I'm fortunate that the reason I don't eat meat is because I don't actually like it. I'm not fond of either the taste or the texture. Having said that, there are plenty of vegetables and fruits that I don't particularly like either. For example, during veganuary I chose a vegan wrap at a chain restaurant. It was okay, but it had avocado in it and I dislike avocado with a passion. Something confirmed by trying the aforementioned wrap.

So how did I/we get on with our vegan experiment? I discovered that I could live quite happily without dairy products. I use almond milk in my smoothies, and because I don't drink tea of coffee there wasn't a problem finding a substitute for dairy milk in hot drinks. A soy based yoghurt was fine with the oat bran I often have for breakfast and Alpro's soy based custard was good too. I did try some vegan cheese. It was okay grated on risottos etc but I don't think I'd have wanted to try it on toast!

We only ate out once and I managed to find a vegan menu at Ask, the restaurant we visited. I had a vegan spaghetti bolognese. Assuming the pasta was vegan, it tasted exactly the same as every other form of pasta I've eaten and the bolognese was made with veg and lentils. All very nice. I can imagine that other places might be as accommodating, but that is changing.

Do I feel different? Honestly, no. I feel just the same. No ups or downs in energy levels. Will I choose to be vegan? I think we'll be rather flexible. The thing about being vegan is not to fret about things too much. Rather like the pasta. If it was egg based, then okay. There's little value in being overly militant about these things. Make a choice, but don't make a song and dance about it.

Since reading The China Study, it would certainly seem that the traditional western diet needs to change. Too much meat is not good for you, especially if the meat outweighs the vegetable content of your plate. Although there are disputes about the conclusions drawn in the book, we all know the important of complex carbohydrates and fibre to good digestion and therefore good health.

You can visit the veganuary website for more information. It's not too late to give it a try!
Posted by Richard at 9:09 am No comments: